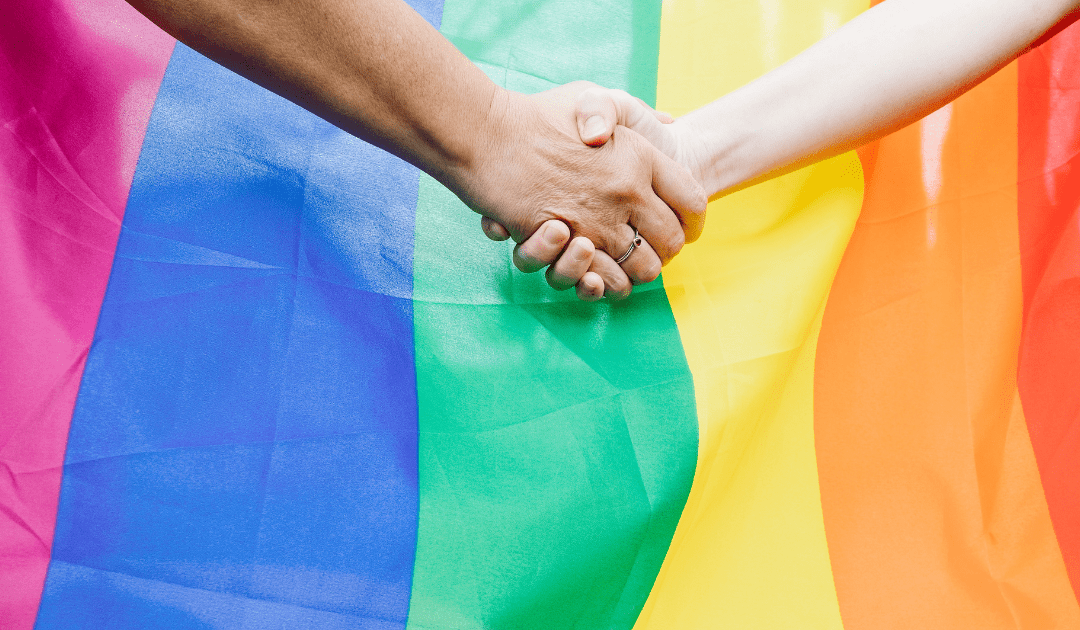 Over the last few years there has been mounting evidence supporting the likelihood of poor mental health within the LGBTQ+ community. We examine the different factors that might potentially play a part in this situation.

LGBTQ+ is an acronym to describe a person’s sexual orientation or gender identity. The letters stand for Lesbian, Gay, Bisexual, Transgender & Queer. The + sign signifies the desire to be inclusive and represents the additional letters of QIP2SAA. These letters stand for Questioning, Intersex,Pansexual, two-spirit (2S), Androgynous and Asexual.[1]

Statistics from the LGBTQ+ community

A disproportionately high proportion of those with reported ‘poor’ mental health are from the LGBTQ+ community. Being LGBTQ+ does not in itself lead to mental health issues. However, those who associate as LGBTQ+ are more likely to face a mental health issue. In 2018, Stonewall, a UK based charity supporting the LGBTQ+ community, commissioned a survey focused on life in Britain for LGBTQ+ people. There were 5,000 responses from England, Scotland and Wales and some of the statistics relating to mental wellbeing were startling.

Why do so many LGBTQ+ people struggle with their mental health?

Being LGBTQ+ and having poor mental health does not mean the two are correlated. There could be many reasons why your mental health is suffering. There may not be one incident or one person triggering your poor mental health. If there are some triggers relating to your LGBTQ+ identity, it can be quite damaging. It can feel as if you yourself and your environment are the very things that are causing you torment.

These crimes are committed against a person based on race, gender, religion, sexuality or disability. The LGBTQ+ community are more likely to experience verbal or physical abuse than those who are heterosexual.

This is the unjust treatment of someone based on gender, age, race or sexual orientation. This behaviour can be direct or indirect and can be both positive or negative. In 2018 the stonewall assessment reported LGBTQ+ members faced discrimination when:

Almost half of LGBTQ+ children reported being bullied at school with more than half witnessing a homophobic slur or harassment.

Coming out to family or friends can risk rejection. ‘Coming out’ is not a one-off occurrence. It is something ​that has to be considered with every new friend, neighbour or work colleague you meet. It can be very liberating but it can also be difficult and have painful consequences. Feeling unaccepted and cut off from aspects of your world can increase insecurities, loneliness and unworthiness.

The wider family can also be impacted, for example children with LGBTQ+ parents may be bullied at school. Worrying about these impacts can affect a person’s mental health.​

Alongside the usual pitfalls of dating such as rejection, LGBTQ+ people may face additional difficulties. Within the LGBTQ+ community there can be pressure to conform to stereotypes. It can be difficult to identify those with a similar sexual orientation. In rural locations there may be no obvious meeting places so dating apps have to be used.

Due to the potential difficulties faced by LGBTQ+ members they often can not be themselves in all situations. They may often have to act straight in front of certain people or pretend they like certain things, e.g., football. There may be conflicts within their life, for example being gay and religious. This can create an imposter syndrome about their own identity. [2]

This occurs when children are taught heterosexuality is the ‘normal and correct way to be’. Negative depictions of LGBTQ+ from family, friends, media & books can lead to negative messages which can cause mental distress. Without a good sense of personal worth including your sexual orientation, your mental health may suffer.

How can poor mental health linked to LGBTQ+ issues manifest?

As an LGBTQ+ person, poor mental health problems can take form in many ways. These can include, but are not limited to:

How can you help to improve the mental health of an LGBTQ+ member?

Good mental wellbeing is different for everyone. What affects one person will differ in what affects another person. The same can be said for improving mental wellbeing. The approach is very individualistic, so experiment and try as many different things to identify what works for you.

As an LGBTQ+ Ally

Allies are important for all minority groups including LGBTQ+. As an ally you may not understand exactly what the person is going through therefore it is important to listen. It is important to be empathetic, non-judgemental and to give the person space to tell you how they feel. You could learn about their specific issues and support them in seeking help. If they want to join an LGBTQ+ club you could maybe join it with them.

As an LGBTQ+ Member

If you are facing any mental health problems it is important to seek out some help. Here are some tips that you may wish to consider trying:

I hope you have found this information helpful. Please share if you know of someone who would benefit from reading about this. Why not head over to our website for more information and useful downloads.

[2] Imposter syndrome is when a person doubts their own abilities and feels like a fraud.